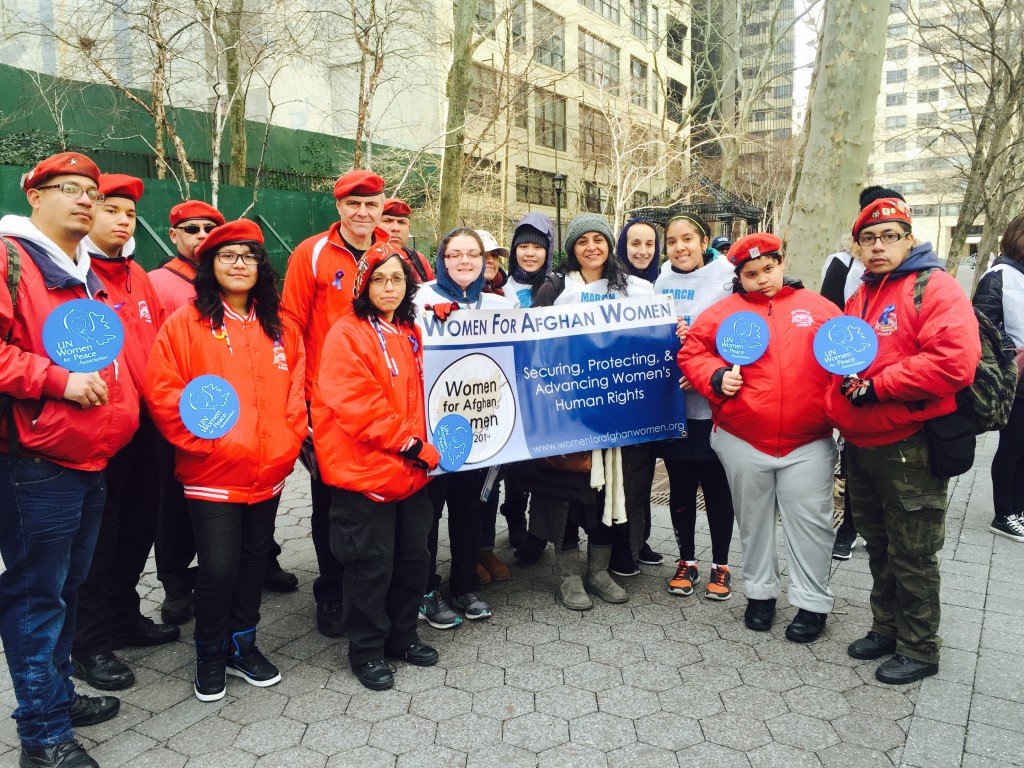 For the first time the Guardian Angels were invited to join the UN sponsored March to stop the violence against women and children all over the world. We were warmly received and some of the participants knew of our work in Japan, Italy and England. We developed some great partnerships with international women’s organizations that never knew that we had female members of the Guardian Angels and secondly that we were more than just a subway patrol in New York City. These kinds of events not only promote what we do but help create partnerships with groups that never before thought that they could have synergy with us.